Vancouver, January 23, 2023 – Leading Edge Materials Corp. (“Leading Edge Materials” or the “Company”) (TSXV: LEM) (Nasdaq First North: LEMSE) (OTCQB: LEMIF) (FRA: 7FL) is pleased to announce that it is ahead of schedule in exploration of its exclusive and 100% owned Bihor Sud license in the Apuseni Mountains of central-western Romania.

Eric Krafft, Interim CEO of the Company, states: “We are extremely pleased with the rapid work progress to date and the support we are receiving from the involved state organizations and our Romanian JV-partner Remat.  Amongst all participants in this exploration program, there is growing excitement fueled by the findings in the first reopened gallery.  Following initial sampling, the Company will target underground and surface drilling to determine the extent of mineralized structures.  There are at least 11 galleries accessing different mineralized structures, so there are already other identified exploration targets.  Further drill targets are identified by our mapping and geophysical program, adding significant potential for mineralization beyond whatever is encountered in these initial two galleries.”

Previous mining in the license area for commodities other than cobalt and nickel left behind a vast network of galleries opening tens of kilometers of underground exposure.  Verbal reports from miners working in those galleries up to 1997, as well as numerous samples retrieved from gallery waste dumps, indicate significant Co-Ni mineralization left in place ranging from disseminated, percent-grade Co-Ni in dark schist to very high-grade stringers, veins, and pods.

The Company’s prime target to reopen and explore the old  galleries, forms part of the Year 2 license work program established with the Romanian National Agency of Mineral Resources (NAMR).  Year 1 (ending May, 2023) foresees chiefly geophysical and mapping work, which has all been completed already with promising results.

Following receipt of the appropriate regulatory environmental and safety approvals, the Company has commenced the process of reopening of Galleries G2, G4, and G7.  Galleries G4 and G7 (see Figure 1) have now been opened and made safe for commencement of planned exploration works.  The “waste” dump situated outside the entrance of G7 has proven most prolific for retrieval of Co-Ni mineralized rocks, and a boulder with very high-grade, vein-style Co-Ni-sulphides was recently recovered from the G2 “waste” dump. G4 features Zn-Cu-Pb-Ag mineralization. 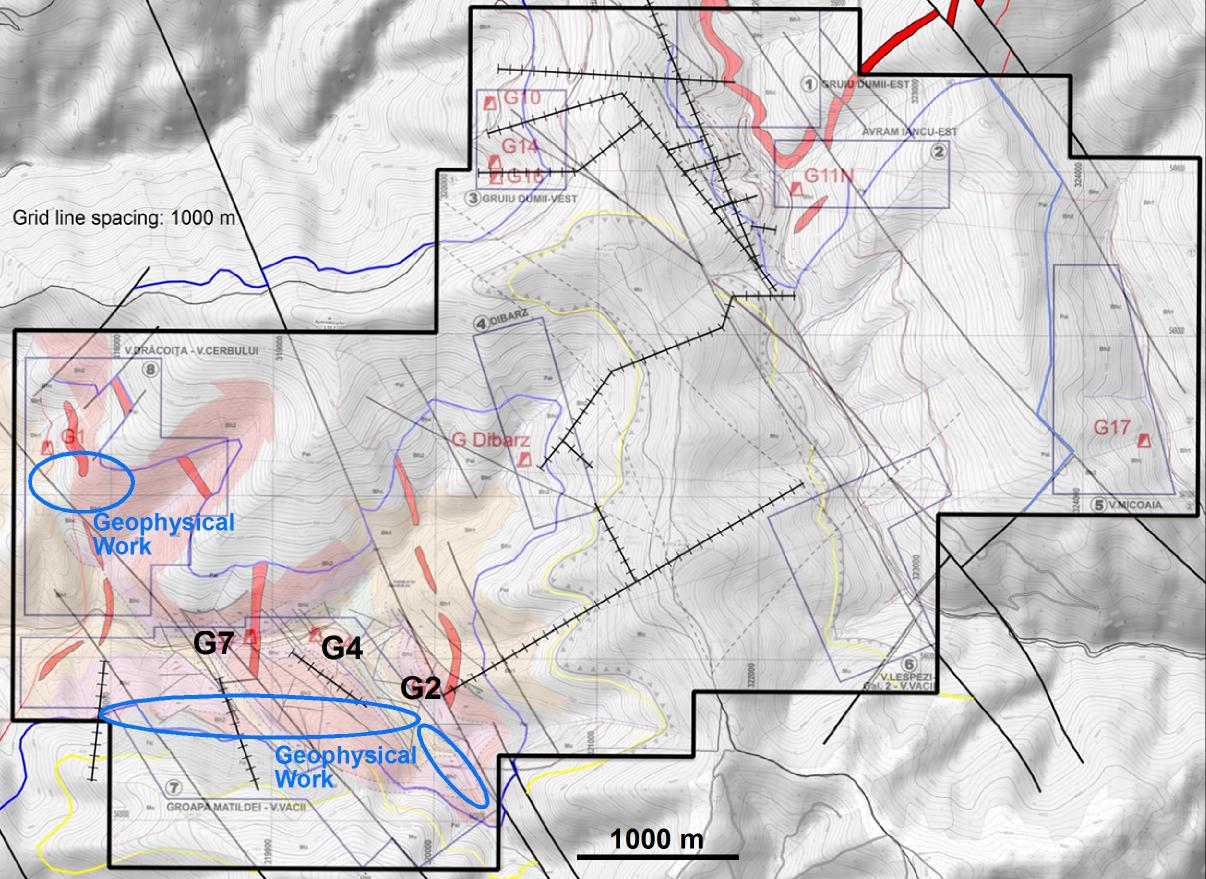 Figure 1; License overview map showing the principal gallery mouth locations; those currently reopened are highlighted in black (G2, G4, G7). Geophysical work consists mainly of IP (induced potential) and NP (natural potential) sections of 500 and 2000 m length. A ground magnetic survey covering these sections and G4+G7 has already been carried out by the Company in 2018.

The first reopened gallery is G7, which was inspected on January 18, 2023 by the Romanian state authority INSEMEX, responsible for mine safety matters and respective permitting.  The gallery is in a very good state, which allowed the Company and its consultants to enter behind INSEMEX, so that the present mineralization could be observed and documented. 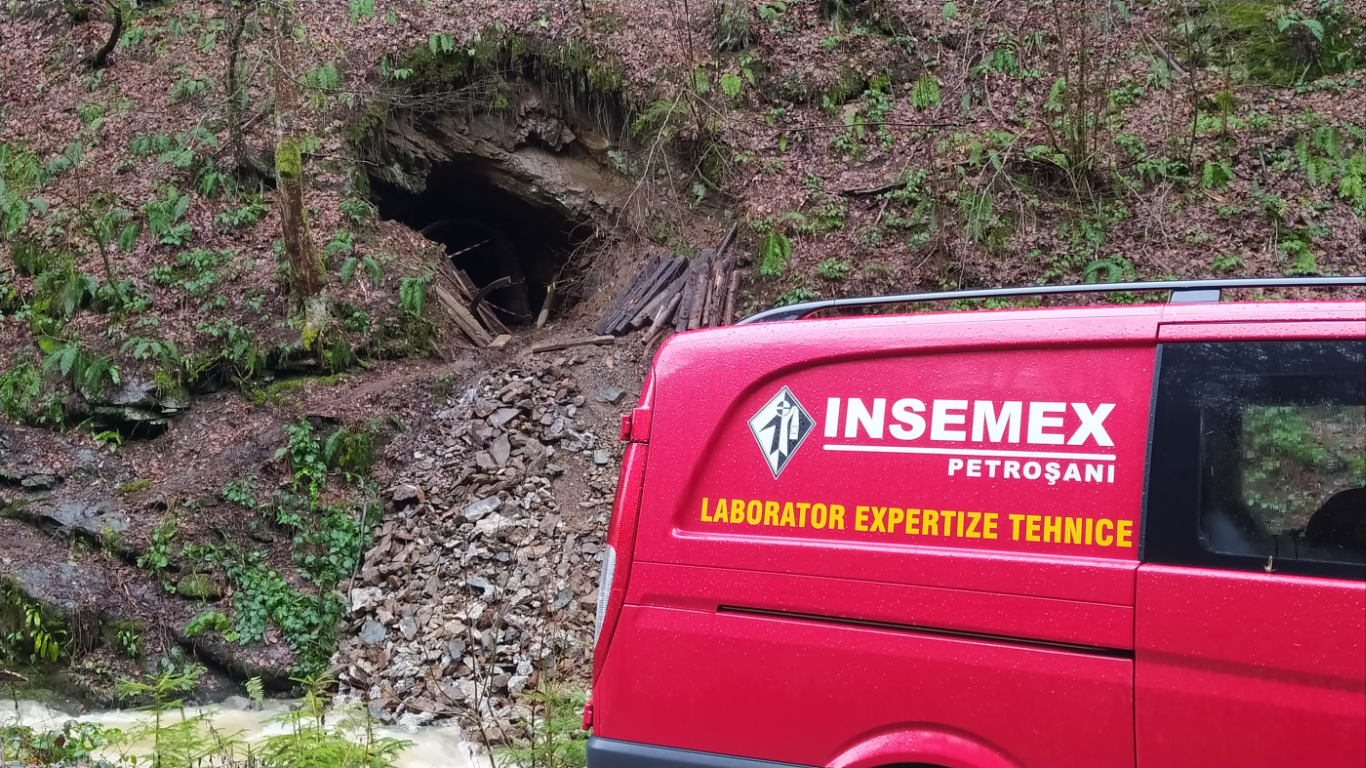 Observations in G7 highlight Co-Ni mineralization initially 425 m from the mouth of G7 and was observed until 560 m, the end of the current survey.  Reconnaissance work beyond 560 m will  continue once this section of the gallery is declared safe for access.  Due to 30 years of exposure on the gallery walls, the original Co-Ni-minerals were oxidized, easily detectable by their typical pink (Co) and green (Ni) colours.

Disseminated mineralization follows low-dipping foliation in graphitic schists, and in often foliation-parallel high-grade veinlets, accompanied by quartz and carbonate stringers.  The thickness of mineralized zones ranges from about 0.5 m to potentially thicker than 2 m, restricted by the height of the gallery.  The 135m mineralized sector ( 425m to 560 m) has numerous niches and one parallel gallery, where Co-Ni mineralization is exposed in several zones following the general NNW-SSE structural trend.  A second center of Co-Ni mineralization was identified in an east-directed cross-cut towards G4.  The intersected vein-style and disseminated Co-Ni-zone in the cross cut appears to run parallel to the mineralization observed in G7, but is located about 400 m away. This occurrence was not followed up in the historic works and remains to be outlined in its full extent along strike. 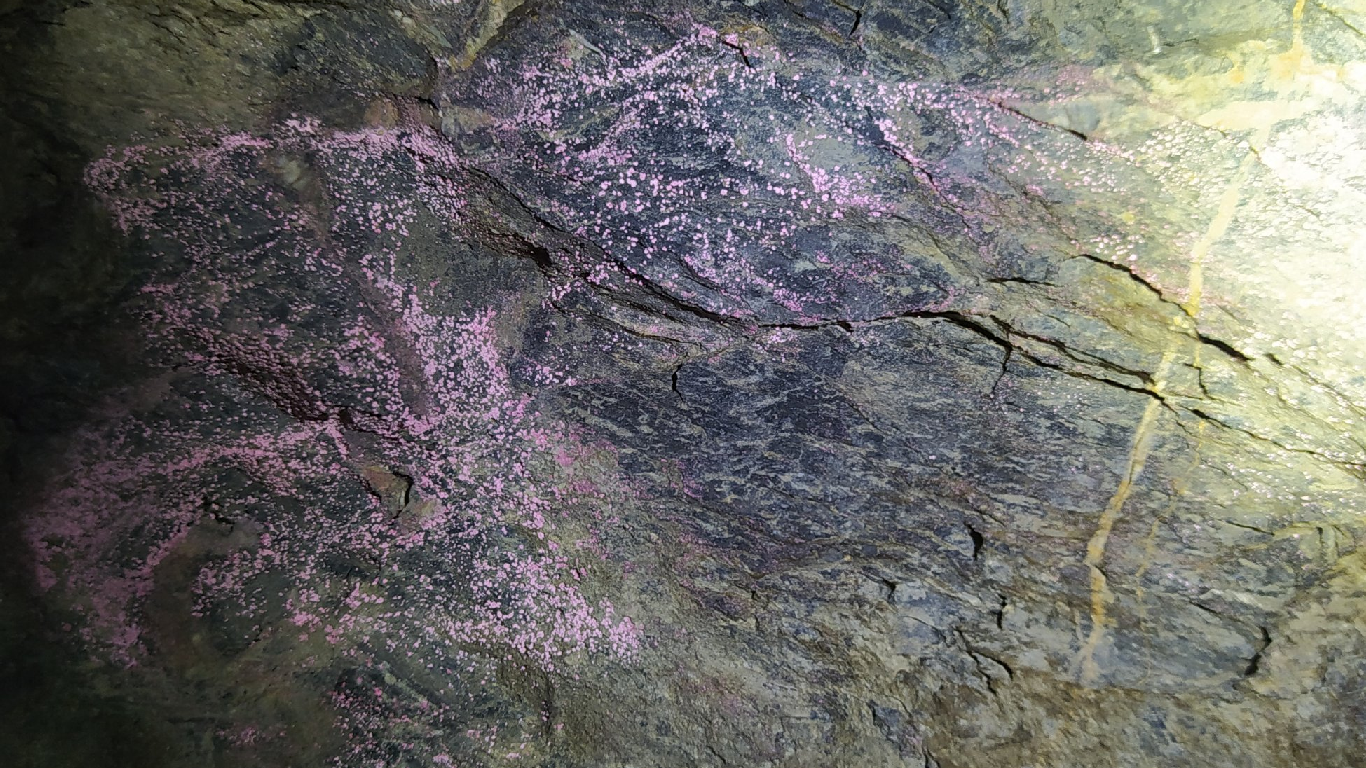 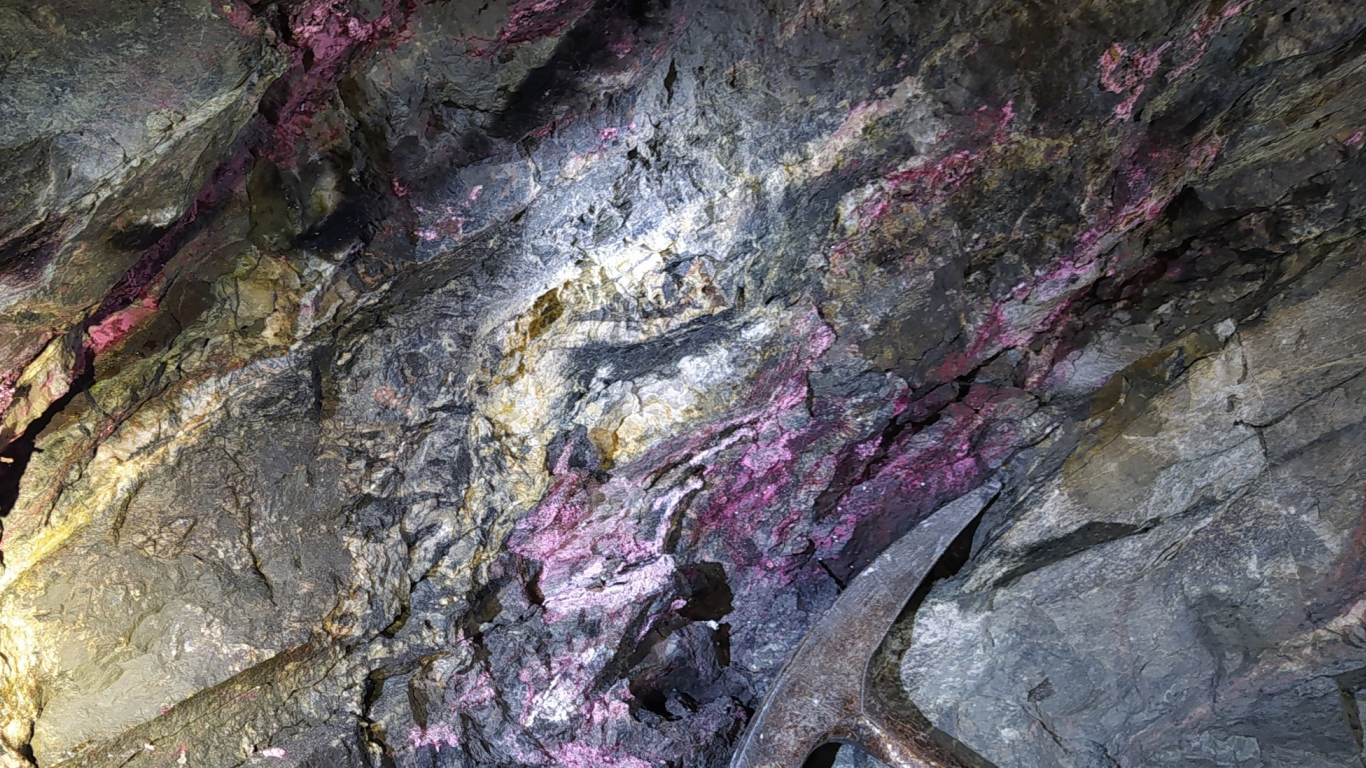 Figure 7 (Left): Piece of a Co-Ni-vein discovered 525 m from the branching point in the cross-cut from G7 towards G4. Image width: 10 cm.

Figure 8 (Right): Hand-held XRF reading on this sample: 4.76 % Co, 20.17 % Ni.
The reader is cautioned that such measurements cover only the surface of a rock with an area on the order of 1 cm2 and are neither representative, nor do they indicate reliable mineralization grades. In the context of the work performed here, this XRF-reading has the sole purpose of demonstrating the presence of cobalt and nickel in the encountered mineralization.

In 2018 the Company entered into a share purchase agreement (the “SPA”) with a local Romanian arm’s length party, Remat, to acquire an initial 51% interest in LEMR which was the holder of a prospecting permit covering the License perimeter. The Company, Remat and LEMR also entered into a shareholder joint venture agreement (the “JV Agreement”) as announced on August 9, 2018 (see news release). Pursuant to the JV Agreement, Leading Edge Materials will be transferred an additional 39% ownership interest in LEMR (for an aggregate 90% ownership) triggered by the filing on SEDAR of a positive Feasibility Study technical report. Under the JV Agreement Leading Edge Materials has agreed to issue common shares in the Company upon achieving certain milestones on the Project, such as the granting of an exploration license, exploitation license, documentation of historic mineral resource estimates meeting certain Ni-Co and/or Ag-base metal resource tonnage thresholds, the filing of a NI43-101 compliant technical report, such a report meeting certain Ni-Co and/or Ag-base metal resource tonnages, and the filing of a positive NI43-101 compliant Feasibility Study.

Martin S. Oczlon, PhD Geol, CEngMIMMM, a consultant to Leading Edge Material and Qualified Person, as defined in NI 43‑101, has reviewed and verified the technical content in this press release.

On behalf of the Board of Directors,
Leading Edge Materials Corp.

Leading Edge Materials is a Canadian public company focused on developing a portfolio of critical raw material projects located in the European Union. Critical raw materials are determined as such by the European Union based on their economic importance and supply risk. They are directly linked to high growth technologies such as batteries for electromobility and energy storage and permanent magnets for electric motors and wind power that underpin the clean energy transition towards climate neutrality. The portfolio of projects includes the 100% owned Woxna Graphite mine (Sweden), Norra Karr HREE project (Sweden) and the 51% owned Bihor Sud Nickel Cobalt exploration alliance (Romania).

The information was submitted for publication through the agency of the contact person set out above, on January 23, 2023 at 7:00 am Vancouver time.