Graphite is a crystalline form of carbon that occurs in natural or synthetic form. The atoms of carbon can be bonded in numerous ways which are called allotropes, of which graphite is one. To make covalent bonds with other atoms, carbon atoms have four elect tons available. In graphite, three of these electrons make strong covalent bonds in a layered, planar structure in graphite and this layer is known as graphene. The bonding between the atom layers is of the much weaker Van der Waals force, allowing graphite layers to slide past each other and be easily deposited on a surface. This is how graphite pencils work and this property also makes graphite a good natural lubricant.*

A relatively unique property for a non-metal material and useful in battery technology in the anode is that the fourth electron of each carbon atom in graphite is free to migrate, which allows graphite to be electrically conductive. Carbon and graphite also have an extremely high melting point, remaining stable at temperatures in excess of 3 600°C. It has the highest natural strength and stiffness of any material, further, it is chemically inert and conducts electricity.* The global graphite trade is dominated by China, commanding up to 70 % of global flake output.

Mining
Conventional mining methods are applied when extracting natural flake graphite. In-situ ore grades between 2 to 30 % carbon are typical. The upgrading process of graphite ore is achieved via crushing, screening, grinding, flotation, dewatering and drying at the mine site to upgrade the carbon content and remove impurities. Recovery is generally in the order of 90 to 98 %, and the ore is upgraded to a concentrate which grades 90 to 97% carbon.*

By passing through different size mesh screens, natural flake graphite concentrate is sorted into different sizes. The shorthand convention is to characterize particle size by the mesh designation. A”+” before indicates that the particle was retained by the sieve, while a “-” means the particles pass through it. Jumbo flakes typically describe those in the +50 range, while Large flakes are +80/-50, meaning the large flakes have passed through the 50 screen but been retained by the 80 screen. For industrial uses, jumbo and large flake sizes are preferred including blast furnace steel making, castings, lubricants etc. In nuclear applications, super-jumbo size flakes are used. However, flake size is less relevant for high purity battery grade applications as the graphite is micronized to less than 30 micron prior to shaping and purification.*

End uses
There are many uses for graphite due to the various properties and product qualities. The main applications of graphite are for electrodes, refractory materials, anode materials for lithium ion cells and primary batteries, friction materials and lubricants.** At present, steel making and metal transformation is the dominant area of use. Batteries are currently only a small part of the graphite market, approximately 10 %, but one which is forecast to grow the fastest.* The traditional markets for both natural graphite and synthetic graphite are detailed below.

Traditional use of natural graphite
Refractories – 18 %:
Natural graphite is used due to its stability and ability to withstand temperatures above 538°C, as lining of furnaces, kilns, incinerators and reactors. Natural graphite is preferred over synthetic graphite due to cost and lower porosity, which reduces oxidation and other reactions. The iron and steel industry, which uses blast furnaces, account for around 70 % of the production of all refractory products.

Foundries – 7 %:
Foundries are used to cast molten metal into a mold and the major market for castings is the auto-industry.

Lubricants – 7 %:
The weak bonding between graphite layers allows them to slide past each other with very low levels of friction. Graphite is used as a lubricant in the form of solid powder, or as a film or within a fluid dispersion. Both synthetic and natural graphite compete in this space and cost vs purity define which is used.*

Traditional use of synthetic graphite
Electrodes – 31 %:
In steel production or production of ferro-alloys, aluminum and chlorine, graphite is used as an anode in the electric arc furnace (EAF) method. The largest use is in steel making, EAF processes account for around 26 % of global steel making, centered more in developed markets withlarge scrap pools such as North America (where 62 % of steel production is EAF). High purity graphite electrodes are used to conduct electrical current to melt scrap steel. They are replaced every 8 to 10 hours and are a very minor (approximately 2 %) of the cost of EAF steel. Synthetic graphite is preferred to natural graphite as they can handle very high electric currents due to their high purity and conductivity.

Re-carburising – 13 %:
Re-caburising (or carburising) is used to increase the carbon content of steel in liquid form and involves heating steel in the presence of a carbon bearing material. Graphite faces competition from other carbon materials, but is suitable as it is pure carbon and is soluble in molten metal. The carburising market is approximately 3 million tonnes per annum (mtpa) with natural graphite representing around 10 % of this. Most of graphite used is synthetic.

Graphite shapes – 5 %:
Graphite can be easily molded into shapes which are used in high temperature applications. Graphite shapes are used in the aerospace, auto, industrial machinery and electronics industries. Around 90 % of graphite used in shapes is from synthetic graphite.*

Batteries
In 2015, around 80 % of graphite consumed in the battery sector was directed towards lithium ion batteries. Batteries are currently a small portion (approximately 10 %) of natural graphite demand, but it is the fastest component of demand growth and offers the largest opportunity for expanded natural  flake graphite production.*

Production of High Purity Spherical Graphite
After the first processing steps, natural graphite is of relatively low purity, suitable as a bulk commodity for use within the steel industry.**** To meet battery cell manufacturers specifications for use as the anode in lithium ion batteries, the natural flake graphite must by purified and shaped into small spheres*, at which point the material is referred to a High Purity Spherical Graphite (“HPSG”).

Shaping and spheronising involves rounding the graphite flakes by mechanically grinding and rolling them into small spheres, a process which can result in up to a 50 % loss. After shaping, the natural flake graphite is purified by chemical leaching using acids such as hydrofluoric acid, sulfuric acid and hydrochloric acid to remove impurities and raise the carbon content to above 99.95 % C. An alternative to acid treatment is thermal purification by heating the graphite above 2,000°C. All HPSG is currently produced in China due to domestic access to raw materials, lower production costs and lower environmental standards. However, China’s environmental standards are improving for most processing industries and there are now stricter controls on the use and disposal of reagents.*

HPSG is further processed by coating a single layer of carbon onto the spheres to produce spherical coated graphite. The coating process occurs mainly in China, Japan, Korea and Taiwan.*

The forecast increase in demand for electric vehicles may not significantly influence the global flake graphite supply/demand balance, but will likely provide favorable conditions for producers HPSG.

Synthetic graphite is more expensive than HPSG due to the energy requirement during manufacturing, therefore the increased use of natural graphite can lower the cost of battery anode materials. Cost reduction is a high priority in electric vehicle manufacture, to improve cost competitiveness with internal combustion engines as rapidly as possible. Although a high proportion of synthetic graphite will always be required for electric vehicles batteries to maintain appropriate energy to power ratios, it is forecast that automotive lithium ion battery anodes may use increased HPSG to lower cost. HPSG price upside exists, but ultimately synthetic prices will impact prices.*

In addition to dominating graphite flake production, China presently commands up to 95 % of the world’s purification and spheronisation capacity.*° China’s command over the trade presents both a challenge and opportunity for other graphite producers across the world. Overcapacity is difficult to assess in an opaque market, and can negatively impact prices for both flake and spherical graphite, however a growing market with a deep European manufacturing network, will progressively diversify away from a Chinese dominated supply chain.

Regardless, it is highly likely that both natural and synthetic graphite prices will be driven by Chinese prices in the near term, given its dominance in the trade.**° 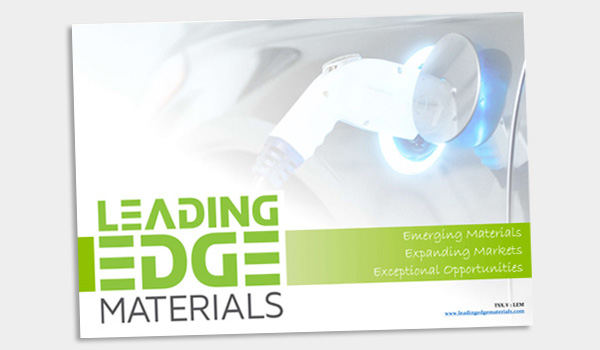